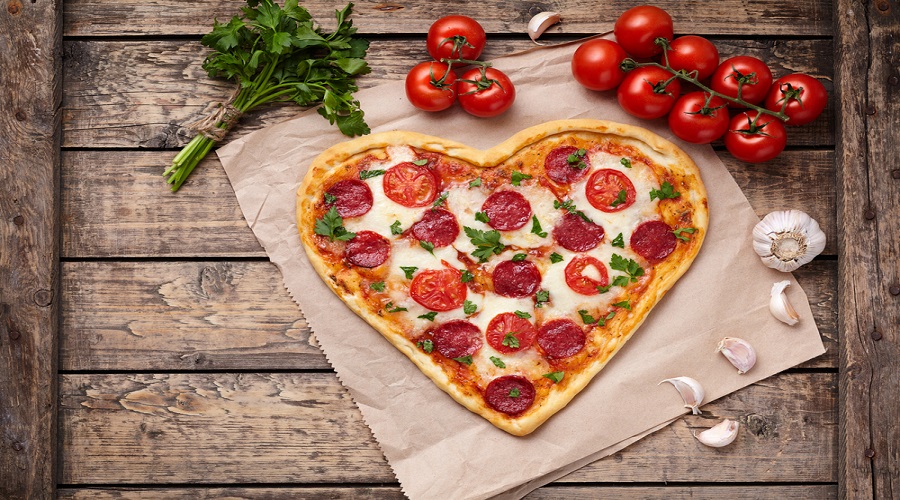 Today, Pizza is one of the most popular foods

Avid reader and foodie. Also has feelings that are too real for characters that are fictional.

Is Pizza your Favourite food ? Want to know the Innovation of Pizza? Fresh out of the oven mmm…do you smell that? Hot and Fresh Mouth watering a steaming pie sits waiting to be devoured. Yes Your senses are overtaken by the aroma of hot bread with extra melted cheese, layered simmering tomato sauce, spicy garlic, and sizzling pepperoni. It is commonly topped with a selection of meats, vegetables and condiments Yes, we are talking about the match that’s made in immortality – PIZZA! Available in various Size – large, small, regular, square, crust, dough, red, white and so on… Whatever, but all of them are so delicious that can never be so easily disinterested of it and he/she might find too hard to quit it Lets carve our taste buds hunger into that favorite of all foods? Yes I am talking about Pizza, of course!

Some of us love to eat Vegetables and others don’t, without Non Veg we unable to have lunch or dinner, but we can agree on one things if it’s Pizza. All time favorite for all us Pizza it doesn’t need any occasion or party,  just  any day.  Even it is very much popular for Kids some of them love to eat Pizza

So you must be wondering who will take the credit for the inventions of this delicious food?

We often say pizza mean Italian cuisine, but do the Italians get the credit? Or did someone else make the very first pizza? It’s very much difficult to say who invented Pizza

Many different historians have different Views, and a lot depends upon exactly how you define “pizza.”

If we say pizza is all about a flat bread cooked in an oven, then its origins go back to ancient times in the Middle East. The ancient Babylonians, Israelites, and Egyptians all ate unleavened flat breads baked in mud ovens.

when we talk about a pizza a  flat bread with some toppings, then its history dates back to the ancient Greeks and Romans. They both ate baked flat breads that were topped with local spices and layered with olive oil. This days, we called this food dishes focaccia breads.

The pizza we’re all habitual with — the generally topped with tomato sauce and cheese and baked in an oven. — did originate in Italy. Special Thanks given to, baker Raffaele Esposito from Naples is often given credit for creating the first such pizza pie. Historians note, -met this need. “Judgmental Italian authors often called their eating habits ‘disgusting,’” Helstosky noted. These early pizzas consumed by Naples’ poor featured the tasty garnishes beloved today, such as tomatoes, cheese, oil, anchovies and garlic.

however, that flat breads with a variety of toppings had been sold by street vendors and eaten by the poor workers of Naples for many years.

Pizza is now a type of bread and tomato dish, often served with cheese.

The innovation that led to flat bread pizza was the use of tomato as a topping, to add tomato to their yeast-based flat bread, and so the pizza began, consider there to be only two true pizzas—the marinara and the margherita—and that is all they serve. These two “pure” pizzas are the ones preferred by many Italians today.

Pizza Margherita, was invented in 1889, when the Royal Palace of Capodimonte commissioned the Neapolitan pizzaiolo (pizza maker) Raffaele Esposito to create a pizza in honor of the visiting Queen Margherita. Of the three different pizzas he created, the Queen strongly preferred a pizza swathed in the colors of the Italian flag: red (tomato), green (basil), and white (mozzarella). that pizza, which featured fresh tomatoes, mozzarella cheese, and basil, is still known as Pizza Margherita today.

According to legend, this pizza was topped with mozzarella, basil and tomatoes to represent the three colors of the Italian flag, and the style was named for Queen Margherita. The margherita is topped with modest amounts of tomato sauce, mozzarella cheese and fresh basil. It is widely attributed to baker Raffaele Esposito, who worked at “Pizzeria di Pietro”, established in 1880. Though recent research casts doubt on this legend, the tale holds that, in 1889, he baked three different pizzas for the visit of King Umberto I and Queen Margherita of Savoy. The Queen’s favorite was a pizza evoking the colors of the Italian flag—green (basil leaves), white (mozzarella), and red (tomatoes).According to the tale, this combination was named Pizza Margherita in her honor. Although those were the most preferred, today there are many variations of pizzas.

The marinara is the older of the two and has a topping of tomato, oregano, garlic, and extra virgin olive oil. It is named “marinara” because it was traditionally the food prepared by “la marinara”, the seaman’s wife, for her seafaring husband when he returned from fishing trips in the Bay of Naples.

Another popular form of pizza in Italy is “pizza al taglio”, which is pizza baked in rectangular trays with a wide variety of toppings and sold by weight. The “Hawaiian” pizza, a pizza topped with pineapple and ham, was invented in Canada by restaurateur, Sam Panopoulis at the Satellite Restaurant in Chatham, Ontario.

The world’s largest pizza was made in Rome, Pizza gain its popularity to Spain, France, England, and the United States via Italian immigrants. After World War II, though, when returning soldiers sought out the food they had grown to love while fighting overseas.

The first pizzeria was opened in United States — G. Lombardi’s — was opened in 1905 by Gennaro Lombardi at 53 1/3 Spring Street in New York City. It is still open today using its original oven, but its locations has changed.

Today, pizza is one of the most popular foods in the United States, Canada England, Australia, India and, indeed, around the world. American-style pizza, ironically, has been exported back to Italy, where it has also become a popular food!

Mmmm! Are you feeling hungry yet? Sink your Mouth watering teeth into the following activities with a friend or family members:

You must be wondering how is pizza prepared ?

No Replies to "Today, Pizza is one of the most popular foods"